A bit of a catch up post as I have been away in several other provinces and territories for the past while – always lots of travel when one is in the north.

Near the beginning of April, on Sunday the Reindeer herd was scheduled to cross the ice road near Swimming Point, which is approximately half way along the ice road to Tuktoyaktuk. The day before I had snowmobiled all the way to Tuk via Noel, Jimmy, Husky, and Eskimo Lakes, then came back along the ice road, sort of – conditions were terrible on the road itself and the sea ice was problematic. All told it was a 12 hour day and about 384 kms. Anyways – that will be in another post.

So while I was feeling a bit tired from the day before the neighbours and a friend from Aklavik were keen to go out and see the herd (so much so that Sam changed her flight south so that she could see the herd) – most people don’t have the where with all to snowmobile out the herd so the road crossing is many people’s only chance to see them. The reason the herd is doing the crossing, unlike why did the chicken cross the road, is that they are being moved to their summer calving grounds on Richards Island, close to the bird sanctuary. As a matter of fact Swimming Point is so named as it was the traditional place there the herd swam across this portion of the Mackenzie River en-route to Richards Island.

When we got near the appointed spot there was a pile of vehicles with many a photo tripod already set up. Problem was that the geography was such that if you stayed on the road you would be shooting into the sun. So, having already been around the herd a lot and knowing where they were going to drive them I headed out across the river ice to the shore so that the sun would be behind me.

I was able to get some better shots as I moved off of the road and settled down near the shore line. At one point the herd became startled and headed right my way until veering off – when they figured out I wasn’t just a rock. My friends thought that I was going to get run over, as they were on the road side of the herd. Lol. I am fairly confident that they would flow around a person but there is the danger of an errant antler strike. When the herd is moving and if you are close enough you can hear the constant clicking as their antlers hit. 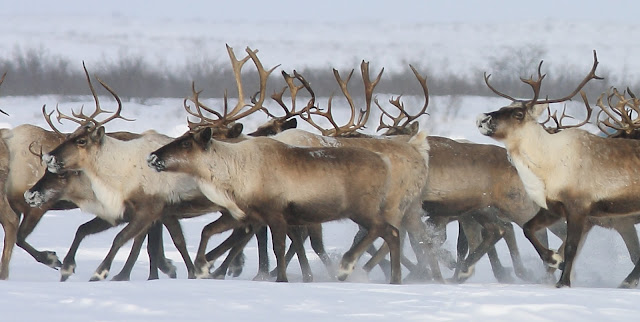 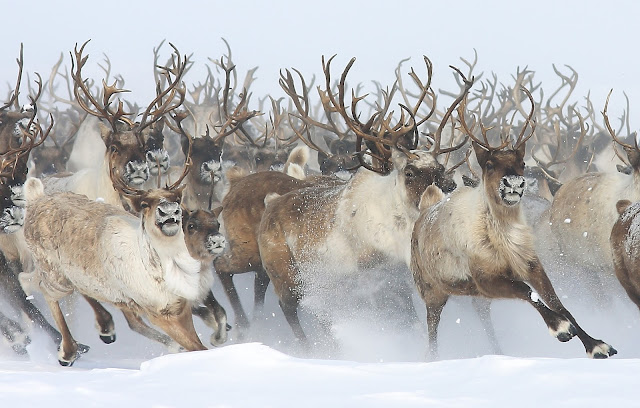 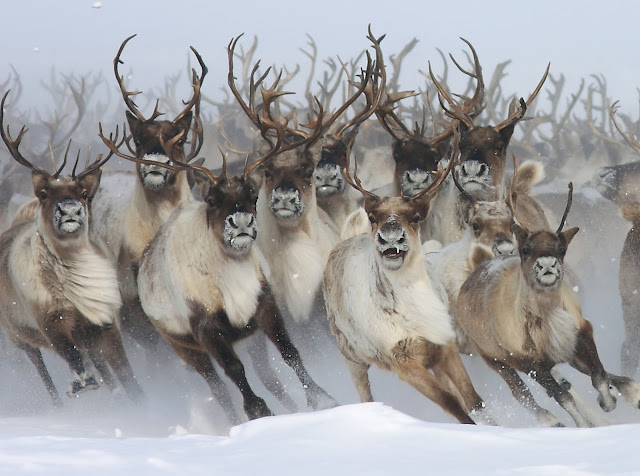 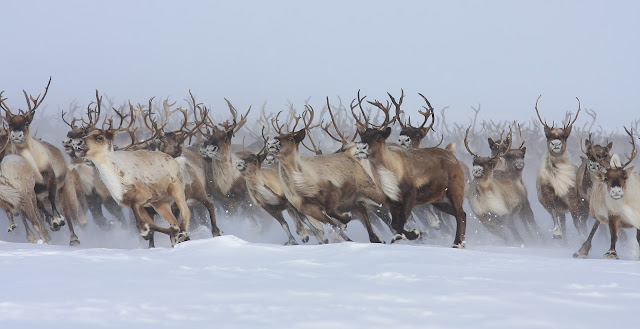 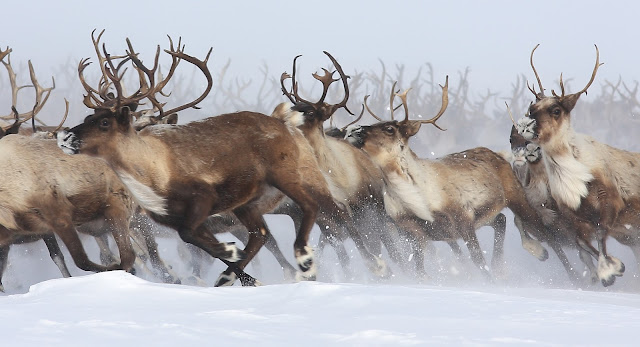 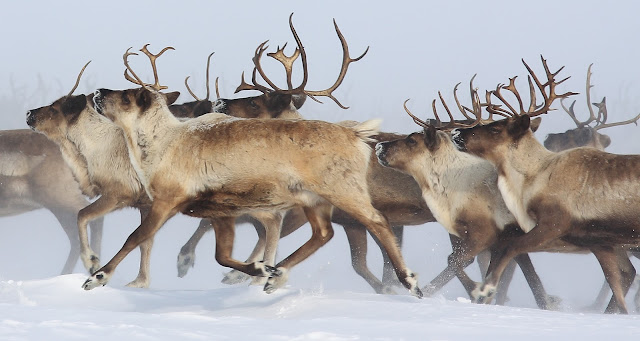 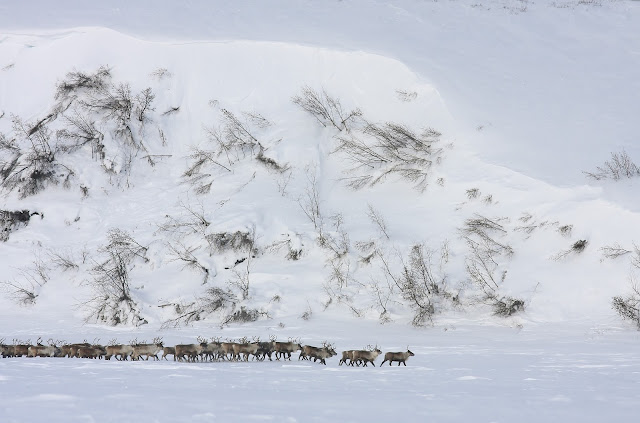 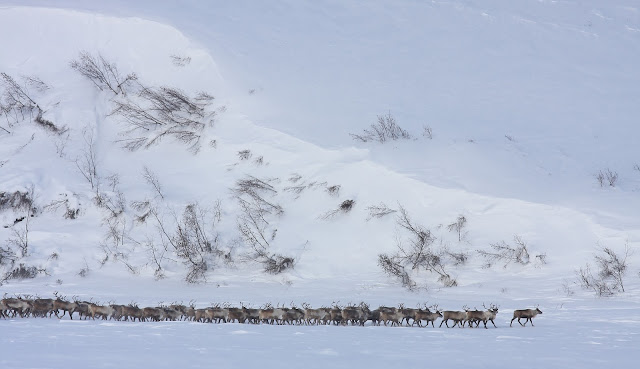 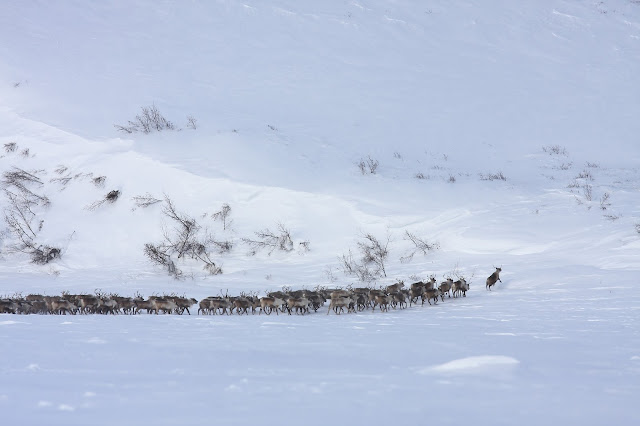 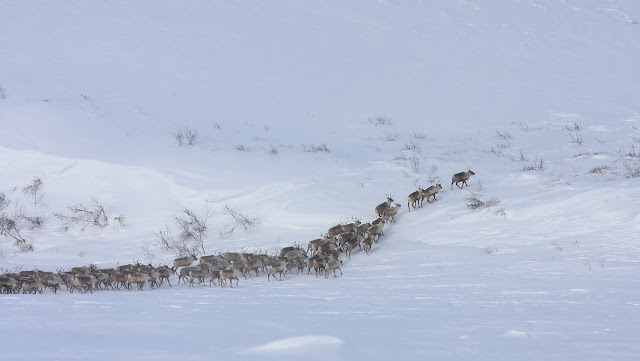 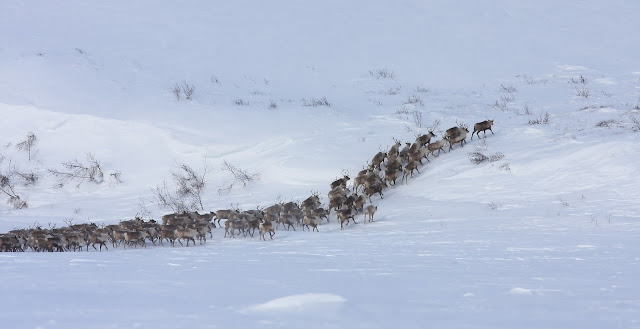 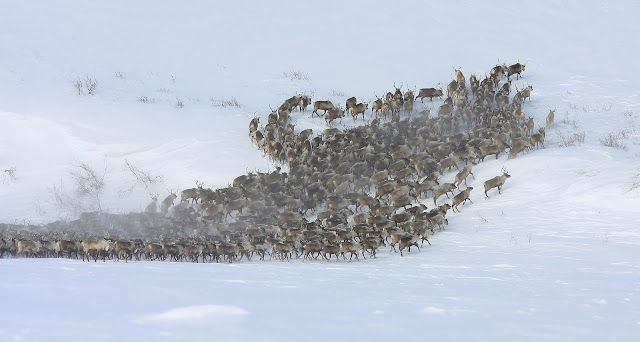 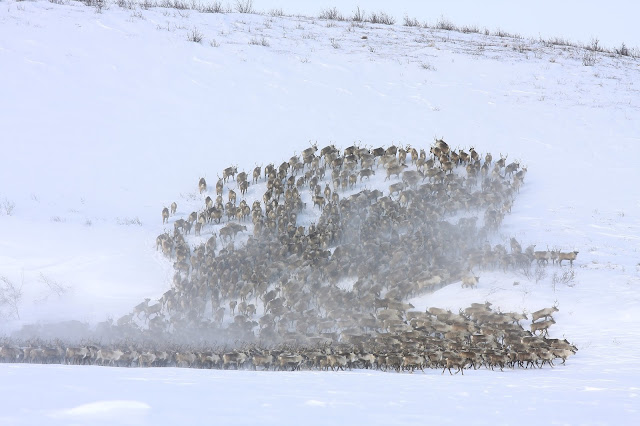 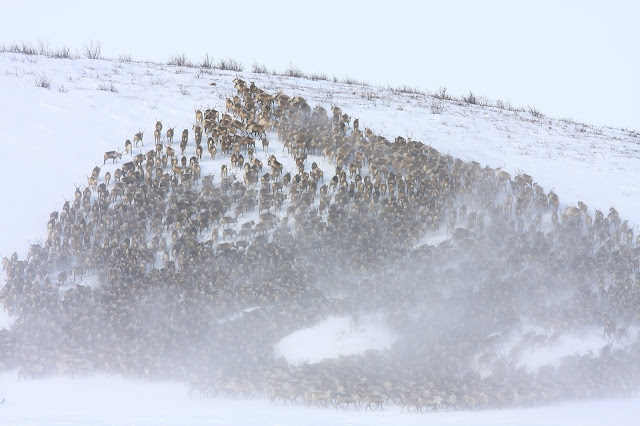 
This is a blog about my undertakings in the bustling
metropolis of Inuvik, Northwest Territories, in the Canadian Arctic. I’ve been here in the past for visits and in transit to other communities in the region but I decided to take an offer to be here for the fall, winter, and spring 2013/14. With having worked in Cambridge Bay NU( http://cambridgebay.blogspot.ca/ ) and my previous Inuvik experiences I pretty much knew what to expect but
visiting and living is always two different things of course.

Questions about Inuvik or life up here are welcome; drop me
a note via a comment or inuvik2013ATgmailDOTcom (yes…change the AT and DOT).